The Missing Link in Social media

In India there is a famous saying, 'Not all fingers on your hands are of the same size.'  It simply suggests that no two human beings are same. We all think differently, we all have different aspirations. When it comes to social media sites, the world is roughly classified as the battle between Facebook, twitter and Google plus.

I have repeated this since beginning, Social media is not new, people were social like this before. If human being is nothing but only social. We used to gather around bonfire, gather near water cooler, people used to bond together in the rock concerts, they bonded in favorite bars. They did talk about brands and advertise there too. With the advent of computers, people have started channeling their energy on the computer. They do things online, why? For one, you can bond with freakishly high number of people that you can physically meet.

Every day some start-up does a special feature in some online tech magazine about what these social network are missing. Everyday someone writes what the current social network lacks and how it can be fixed. But I believe we all are making one big mistake, we are putting twitter, facebook on the same page, which infact is misleading.

A rough analysis of social activities indicates the following traits in social users.

1. People who use twitter are creators, active agents who like to broadcast things irrespective if someone reads them or no. They are not so keen on knowing what their friends are up-to and prefer living in the moment. The twitter crowd accepts everyone. At the same time, it does not stop for anyone.

2. People on Facebook are closed, they tend to form small comfort zone and prefer to stay in them.

There are different types of social users and they haunt different places in different social network. Bringing them all together can be fatal and disastrous. The point is not to hunt for flaws in the social network and go on and build one for yourself. Google tried that, I wonder how many people actually like it?

The creator won't like it because its too heavy to understand, to channel creativity there should be freedom from expression, this can be evident for the fact that many twitter users still are fine with old twitter with no fancy animated graphics and stuff.

Instead of creating more and more social networks we should try understand each other. There is no point in creating a separate social networks for communities. You cannot make people from twitter join facebook unless of course you threaten to kill a puppy if they don't. You cannot make people from facebook use twitter, their twitter account will lie dormant even if they create.

The strategy you design for both these networks should not be same, while on twitter, updating a status once in a day may not be as effective on facebook regular updates can amount as spamming. Again, customers on facebook would want freebies and stuff but people on twitter would like to engage in conversations. You cannot stereotype people on twitter as your customers and use it as a advertising medium. You have to fold up your sleeve and get in the mud if you really wish to connect.

It is very impolite to intrude in the personal space of a person, before doing it, always and I repeat, always LISTEN to them first. Then you may make your move. 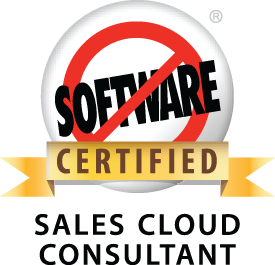