on June 18, 2011
There are some speculations growing on in the market about the advent of social media, Social CRM and the increase usage of social sites like Facebook and Twitter. There are quite some articles about controversies around twitter, the most recent one being about TheRednerGroup and Game publisher 2k.

A single tweet can spell disaster for a corporate if done wrongly. While this is going on, closer to home India, we have claims of cyber bullying and internet vandalism on celebrities like Barkha Dutt, IIPM. 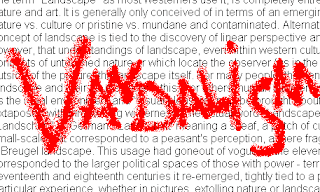 In these events one fails to take in account the social, astrological changes in the millennium that gone by and the change in the way society progressed. We first began long time ago with colonies, a group of people living together. The western civilization progressed with the rise of rumors and threats into the free world while the eastern civilization flourished the kingdoms of those who control the information. This ideology was carried on my the colonies to control the information widely distributed and thus we entered the rise of nations.

We have come a long way from bargain days and the farther we are from the  apes, the more control we had on the distribution of information. A few centuries back, India was a land of fantasies to the west, while the west was a land of white good people for the Indians. Today, India and the west are just one flight apart from each other, we have interculturist on both end of the pacific who teach others cultures to us. The information has taken a flight through the satellites and airwaves.

However, the procedure of transmitting the information was costly and those who did it had to bend in front of those who wished to control the information. Its not bad actually, main stream media cannot be blamed, its not that you spend 20 billions for social work, its a job, they have to do it. Many people do not know astrologically the gone millennium was the age of pieces, an age where we need Shepard to guide the sheep. 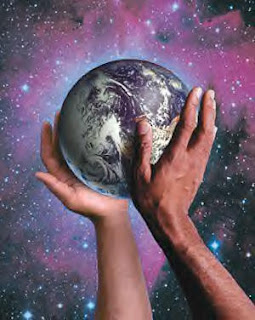 Then we changed a millenia and we entered the age of Aquarius, the age where information was free flowing like water. No wonder, in just 10 years of new millennium we saw the rise of wikileaks, blogging and social networks where information was flowing freely without any control. Obviously the law of mutation simply states with the new species takes control the old one starts to become extinct. Those who earlier controlled the information will not go out in extinction without a fight. They will resist the change, giving to the rise of Internet vandalism. We will see more such cases coming up, specially governments (formed merely by controlling information), news rooms and educational institutes resisting change like all.

Then we come to twitter stupidity, people tend to look at a tweet with the perspective a tweet, however we should observe it as a thought. It is a medium that spreads thoughts easily, its a medium to have your say, that can be right or wrong the platform won't judge. If however you are using twitter as a medium for promotion, SCRM or for a institution keep in mind that there should also be a complete approval of everything you say before you say it. Also, in this new information age, honestly is always the best policy for in coming years we will see the rise in scandals and worries everywhere. There won't be conspiracy theories, there will be conspiracy allegations. We need to prepare for that.

Twitter doesn't make people stupid, it simply amplifies and exposes our personality. I should add, the inner personalty which we are trying to control and change for so many days.
Aquarius astronomy information age social media twitter