Brace yourself, The Big (Data) wave is here!!!

on October 17, 2014
Dreamforce is almost over and Sanfransico is now busy getting back on its daily track. Dreamforce is huge, Salesforce enthuist travel from over the globe to Dreamforce. They spend 3 days in SFO listing to speakers like Hilary Clinton, Will.I.Am and ofcourse the one who started it all Marc Benioff. While the attendees are busy chocking the streets of SFO, there are millions like me who test the load balancing of their servers by streaming it live on the web. Lets look at some of the numbers they crunched at dreamforce over the year. 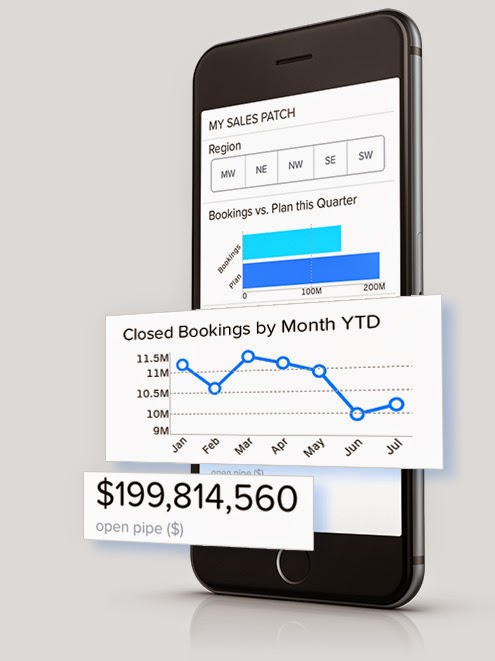 If you are in Salesforce ecosystem you already know this, then why am I telling you this again? Because the statistics matter. They matter for Sales team who breathe around their targets. They matter for companies that run on forecasts. And they matter for our economies to run smoothely. We are as good as the data we manage to track and the entire evolution of human happened because we learned to count.

The point being, Data is Big (see what I did there?) and as Marc Beneoff mentioned during his keynote, “Did you know 90% of the world’s data was created in the last two years? There’s going to be 10 times more mobile data by 2020, 19 times more unstructured data, and 50 times more product data by 2020.” Source

This is the data revolution we are living in. Between cat pictures, flash mobs and a lot of 'company' mentions on social media there is a tremendous amount of data to shift through and why does it matter? Because to find the needle in haystack you need to have the haystack in first place. We are living in broadcast revolution more and more people are broadcasting, tweeting, opiniating, judging companies, brands, employeers and someone should do something about it.

Way before the keynote Marc Benioff posted on Facebook, 'Catch a Wave.' And indeed there was a playground of Analytics cloud available on AppStore that could be downloaded. The first thing I did when I saw the post was googled, 'Analytics cloud trial'. After running here and there I realized that the iTunes app is a standalone app with standard set of data. So its a playground (like! the word).


The app consists of four app grouped neatly based on their dataset. Surpringly, there is no mention of the word 'Reports' which I believe is the origin of the idea. But then there is a suggestion that reports is something you print and is static while Wave is completely dynamic. It works offline and is dynamically updated. 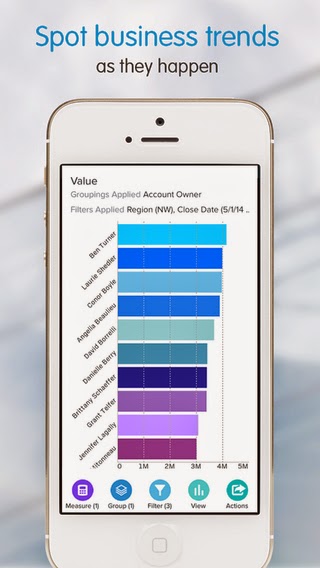 Will I hit my target? Is the question many people have asked in the past and have been replied with tones to excel sheet, numbers. With the Wave, now the numbers are replaced with dynamic colorful text that summarizes information like Target, Closed Won, Pipeline etc. It also shows line chart region wise, summarizing the entire data in the most beautiful format. The data is what Salesforce has been generating for years now.

The App in itself has massive data-set but is limited in terms of functionlity. I wanted it to play around my fuzzy data in my org but that will take time. Patience is a virtue I have learned. Wave puts two things in place, one it is Mobile First as shown by the launch of the app and it plays around your data. And two, it is directly merged with Chatter. As I have previously stated Chatter is one big tool that will change the face of the industry as we know it.

I would have expected an Android version so that I could play with the data on the large OnePlus (review coming in a separate post). I can't wait to see what web enhancements wave brings to existing dashboards. Overall Wave seems like splashing out big time. This perhaps may not be a full fledged product out but is coming soon.