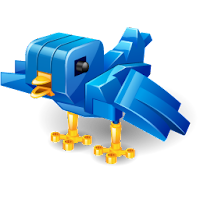 With Social Media going on complete rhino rampage in the market, more and more companies are jumping the bandwagon opening up their service centers on twitter. This is a good alternative than a boring phone call with a incentive earing, extremely bored tele-operator whose job profile does not include thinking or a rude she-hulk hogan going through rigorousness training on Customer handling and still removes the anger of her husband on unsuspecting customers. But with twitter we are given a most important power, control over data. So can we build a IVR (interactive voice response) system on twitter? lets call it ITW (interactive twitter response)

The idea is, using twitter API we will be listening to tweets to a twitter address, that tweet is automatically fetched using a listener agent (we can use java here) 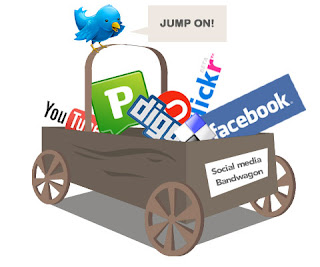 The tweet is then distributed using token and the token can be used to query the data base.

The db will return back the possible response with options available for user to reply.

The user has to chose a response and reply to the tweet, and we can fetch the in reply to information encoded in the tweet to mark it with previous tweet.

Verdict:
The system will be as marvelous as annoying to the user and it will be fun to screw someone out. Right?

How does it sound? Already have dibs on this wait and watch....

Popular posts from this blog

April 10, 2011
The beauty of Visualforce is simplicity. Remember the shock you received when you were told the entire page renders as PDF if you just add renderAs=PDF to the Page tag. For those who thought I spoke alien language right now, here is the trick, to render a page as PDF, we add a simple attribute to the <apex: page> tag <apex: page renderAs='pdf'> This will render the entire page as PDF. Now, say we need to add some extra features to the PDF. Like a page number in the footer or we need to render the page in landscape mode. Faced with this problem, I put on my Indiana Jones hat and went hunting for it in the vast hay-sack of the internet (read: googled extensively). Imagine my happiness when i found a big big page with many big big examples to solve the problem. The document I am referring to is from W3C, paged Box media . Long story short, I now possess the ultimate secret of rendering the page in any format I want. So here are few tricks I learned from the p
18 comments
Read more

December 19, 2019
A few days ago I was speaking to a developer friend, he was asked about a Singleton design pattern and he had no idea about. He spoke about how we developers never talk about patterns. And that time it hit me, we developers do not talk about design patterns and algorithms. There are many design patterns available off the shelf, they talk in detail about the problems they can solve. However, in my experience, I have come across and used the following 1. Singleton This is one of the most common and important design pattern to be used. When initiating objects, we need to make sure only one instance of the object is initiated. In a multi-tenant system like Salesforce, it becomes imperative that we do not hog more resources than needed Lets look at an example trigger AccountTrigger on Account (before insert, before update) { for(Account record : Trigger.new){ AccountMasterRecordType rt = new AccountMasterRecordType (); .... } } public class AccountMaster
Post a Comment
Read more

February 13, 2013
In my attempt at maximum certifications in 60 days, I completed Salesforce Certified Administrator exam on February 11th 2013 So you have decided to ramp up your career and take certifications in your hand. Good choice. It is also likely that this is the first time you have heard of Salesforce, certification and since your company has a vision of you completing the certification you have decided to do it. At this stage it is likely that, You have done extensive googling. You have received countless brain-dumps. And you have received plenty of advise from different types of users which ranges from Admin certification is easier than making coffee to Admin certification is tougher than building a rocket-ship to fly off to the moon. The purpose of this guide is to give you a clear understanding of what to expect when you are expected to become Certified Salesforce Administrator. To bring sense to all the things you have seen so far and to clearly explain what to do and what
73 comments
Read more