The first report card of Google+ : B+ 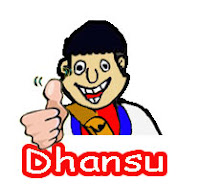 I remember reading the Google story were Larry promised his teacher, 'I am going to download the entire internet on my computer...' so many years down the line, he is still doing it. The company obsessed on indexing the entire world had their fair share on stardom with Google being a synonym for search. In the past few days
* Review scale below 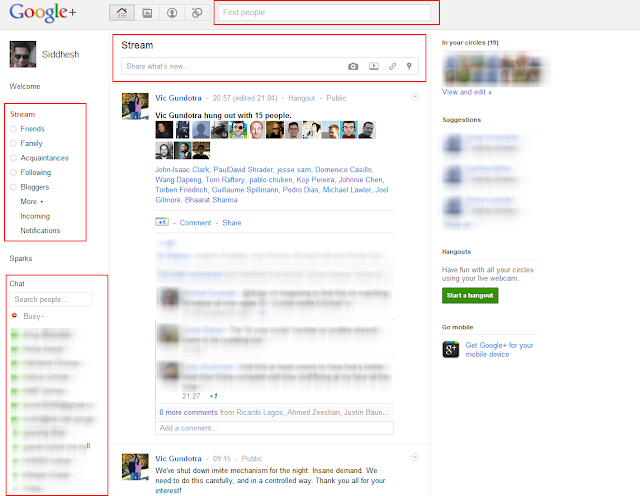 Google is repeating its mistake by not learning a basic thing, no one remembers the second person who landed on moon. After Facebook beating Orkut at their home turf, it was but obvious Google won't go down without a fight. So Orkut pops up with a fancier new UI and even fancier new concept, its plus.

Move over the past and lets move on, as skeptic as I was on the concept of new social network. When I moved from Orkut to Facebook, I had 292 something pics in my Orkut album, which I did not move to facebook. Starting again would be a trouble but then its new. One thing to note, the ideology on which facebook took over orkut was the Apps, funny, stupid, crazy games in facebook pulled most crowd away from orkut. Now the mood is different and Google has chosen a perfect timing to hit back, they will make a bang yes, but will they survive it? Read further.

The first look of Plus is WOW. Its simplicity and style, thanks to Andy Hertzfeld, an original member of the Macintosh team. The UI is intuitive and similar to Facebook but with steroids marking it different. Google has never ceased to amaze us with their ease of use systems and this comes as no different. The UI looks like Apple UI with fancier graphics specially on circles page.

This post I am not going to tell you how uump the UI is and what you can do. I am simply seeing the usability and the availability of plus.

1. Plus is a hybrid version between twitter and Facebook. It is private and public network all rolled into one. You can add people without their approval (kinda like twitter follow) This might be a problem for plus in future, as they are trying to step on two stones at the same time. There is a reason why twitter is popular than Facebook and its because of its simplicity. People who use twitter for business connection and a means of sharing their thoughts and work to the world do not really care about fancy graphics (no wonder many hated the new twitter UI) its the data that counts and the usability. But then maybe, putting them together can create a beautiful firework, only time will tell.

2. You can create your circles of friends where you can share post between them (this was a feature of Orkut in recent times when people stopped using it.) This feature actually makes sense, many friends did complain my blog updates about cloud computing were bothering them.

3. The people, Facebook runs on circles (no pun intended) many people are there because many of their friends are there. Plus keeping a invite only feature for now can run into trouble if they delay it for a long like Google Wave. Its not fun if you are alone there.

4. Google has one shot at it at making it the best, once people get acquainted with Plus, the animation is not going to help keep visitors in but the content and data is going to help them.

5. Data privacy, yes a good way of making your data private, also you can download the data from Plus and take it away with you. A thing can is worrying people on Facebook.

6. Plus also merges Google Hotpot, Google Latitude and I saw the distinctive hint of wave like thing in plus. If  Plus works out, they have actually made a lot of things from junk.

7. Group Huddle is nice, but people who have a webcam can use this feature, others sadly cannot yet. Wonder how many use the huddle, I'll try to use the huddle with my bikers group and inform more.

As we know Google, they won't go down. Google is always known for engineering the best thing, Chrome, Android, Search Engine but they were never social. Google could never get the nerve of a social space, as I always keep saying socially a human brain ticks differently than it does in engineered space. When Wave was released, I did hoped it succeed and I will hope Plus works better for Google. Just one last point, Google and Facebook are like Harry Potter and Voldemort, neither can live while the other survives. For one to succeed other has to go down or we will have two different sites, with different set of friends.

Sharing will be a mess.

Lets hope for Google. Only time will tell.

My verdict for Plus is B+: It has a room for improvement, this is just my first look, will explore more and share.

This review scale I used a lot on Sidoscope for reviewing of books, thought I will use it for reviewing Plus.
google plus social network