Why did I break up with my Eclipse IDE?

on July 28, 2014
The breakup was inevitable. My relationship with eclipse had got sour and more. Most of the time it won't listen to my commands and crave for attention. Many times it crashed without giving any valid reasons. I had lost peace of mind and decided that this relationship has run its course. It was time we seek a legal separation, it was not me, it was eclipse.

Two months ago I abandoned eclipse. Yes, it was painful. But it was necessary. As they say if you find your love only when you let go the wrong one (I know I should stop reading Jane Austen for a while). I spend the next couple of minutes trying to find the right replacement for Eclipse but a relationship of 8 years is hardly worth forgetting, is it?

A quick Google search highlighted two favorite keywords in one sentence. Anyone who has done bit of coding anywhere knows the power SublimeText has on your mind. Yes the beautiful, colourful, intended code and the ease of search using grep and regex. As mind wandered aimlessly into the countless Google pages, it wondered won't it be cool to have a IDE build on Sublime?

And thats when I met Mavens Mate. It was like love at first sight, there was no turning back. Here I was in the middle of discovering a great relationship.

The very thing you notice about this great editor is that its simplicity of use. There is a slight learning curve on its usage but not a steep hill climb. It was match-made in heaven, it did not consume RAM, did not crave for my attention and whenever I gave it a command, it simply ran its processes in background.

Here are few reasons why you need to move on.

1. Easy to Install
Mavens Mate is extremely easy to install. Install Sublime, install Chrome (shame on you if you call yourself a developer and don't have these two things) and get the plugin.

2. Incredibly responsive
I was never able to figure out why Eclipse used to consume so much energy to compile a few lines of code. Its efficiency could only be compared to Eddie the computer on board of Heart of Gold who burned its entire resources to make english tea. MavensMate is fast and did not consume as many resources as Eclipse. There are a few hiccups while using it, but nothing that cannot be fixed with a quick Google search.

4. Somethings eclipse just refuses to help you
Imagine you on the clock, some important delivery is coming up. The company and the client is looking at you. You know coming Monday your clients shiny new office is going to get a shiny new system were they can work much more efficiently than ever and lo, the test classes are still undone. Now that would be a normal thing but eclipse suddenly feels low and it takes down your entire system. If it has not happened before, well you are lucky, but since my few months of playing around with Sublime, it has not gone down once.

5. The interface is slick 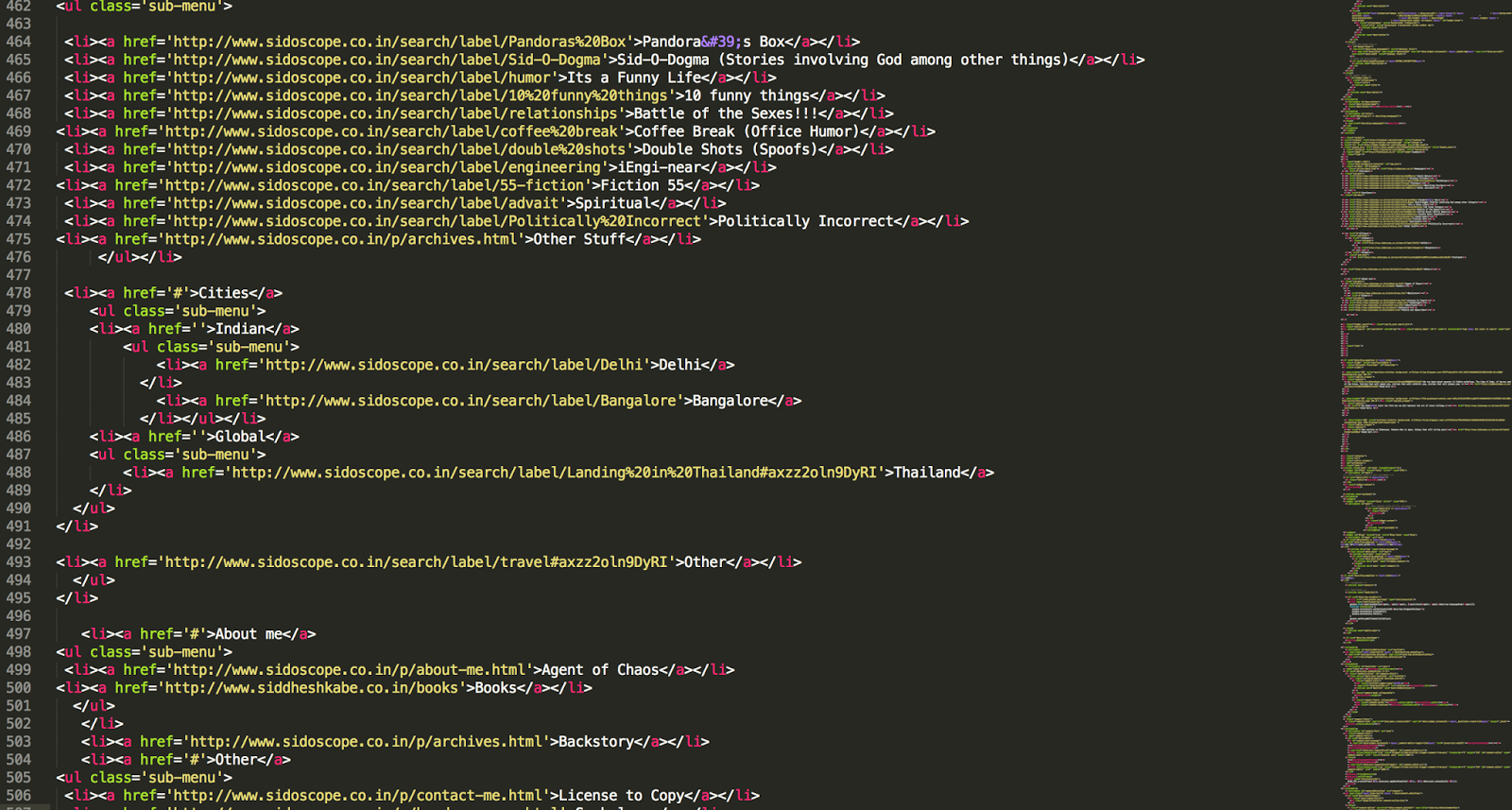 Black does not hurt the eyes as much as bright white does. It becomes immently painful to stare at the white background for hours. The interface is slick with very less.

Bottom line: I feel in love with this shiny new toy that lets me do code and worry about other things less. Sublime text is worth given a try. Its free, fast and fun. You would not regret the decision. There was the time in the past were we had no choice but to use eclipse, Mavens Mate has changed that and perhaps for good. I have also discovered this new cloud based editor Aside.io

I often use Aside.io when I am away from my Mac or using some shared machine. One of the coolest thing about Aside is that unlike all the other editors, it doesn't require your username, password or token. It simply connects using oAuth, meaning one click 'Allow' and you are done. 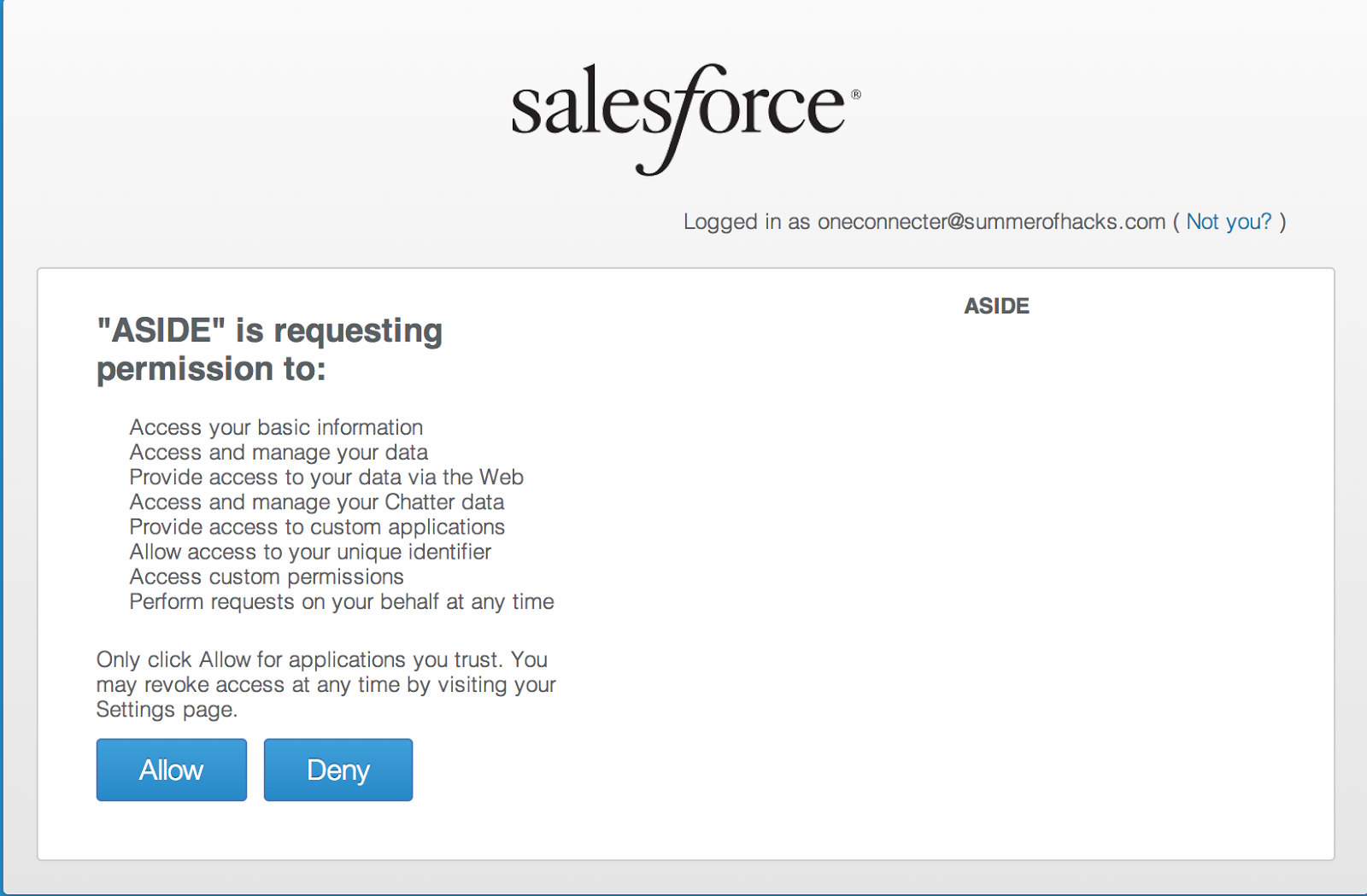 Aside.io is build by a dear friend Phil Rymek and it built on heroku. Aside.io comes packing with much more cooler stuff than any other editors out there. It has a rad of features that many editors lack and has become my favorite thing. It is a easy to use cloud based editor that has no hassles of installing and maintaining one.

Here are few of the coolest features that Aside.io comes packing. 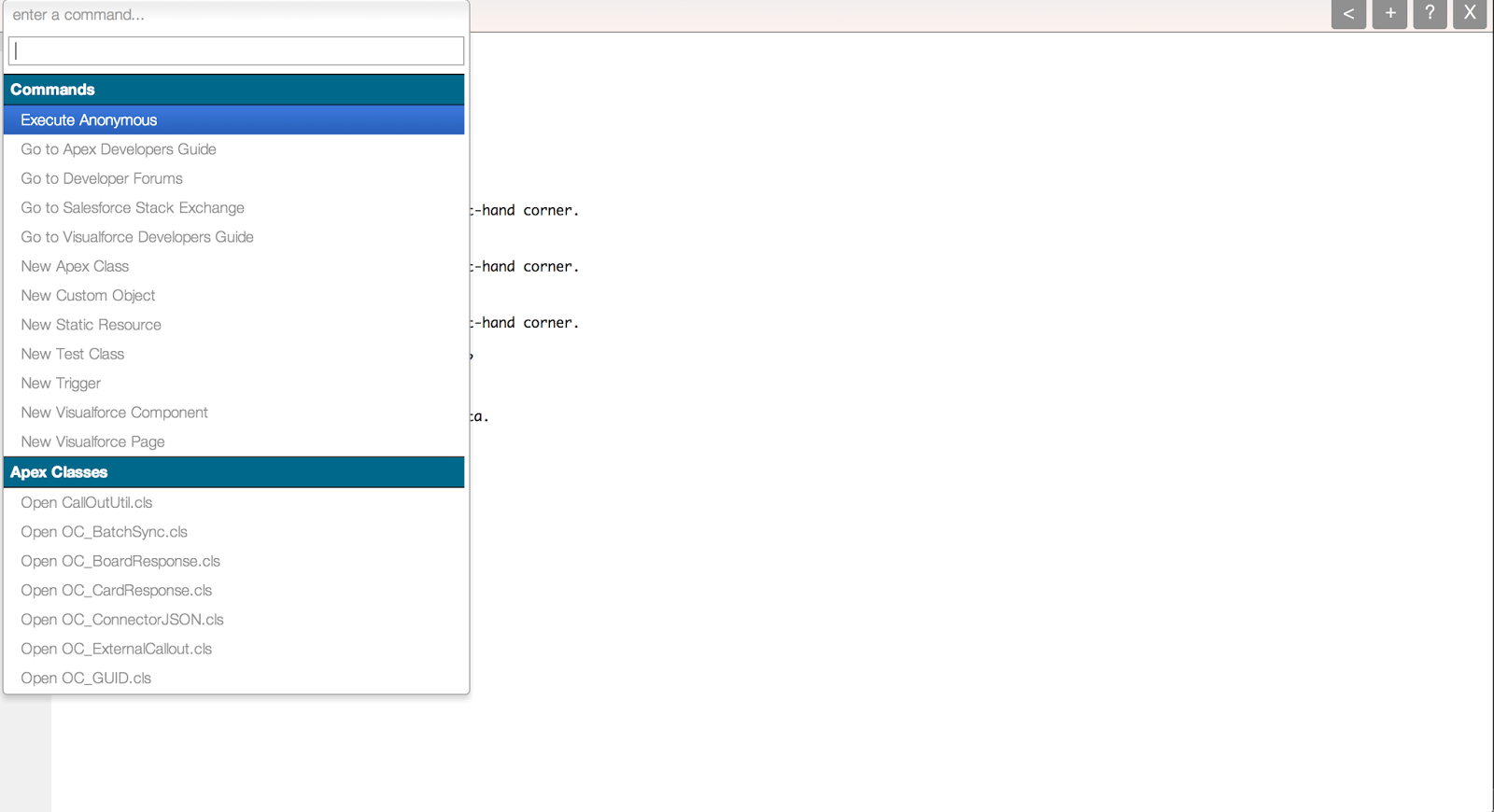 The list keeps on increasing. The best part about Aside.io is that if you are keen on checking it out, one click does it.

Which is your favorite editor? Let me know in comments.
eclipse IDE force.com IDE tools