Relationships as a Service

on December 23, 2011
In today's world using the world Social has become the latest trend. Every company around the world has started putting social term in their advertisement. Some Indian companies have also started putting Twitter and Facebook logo in their roadside hoardings, what is to be done with it is not yet sure, do they expect people to park their vehicle on the roadside climb up 20 feet and click on them, is not yet confirm? 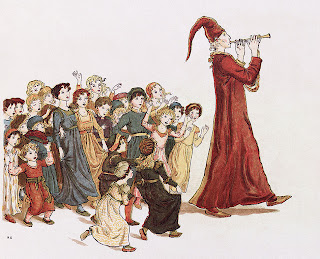 The Governments have woken up to the power of social media with Indian Government acting to censor the internet in name of anti-religious sentiments and American Government attempting to pass SOPA bill 2012 in name of piracy, they have clearly shown that the time is up for the government. People are self censoring themselves and they are relying on the government lesser and lesser. Obviously Government must be there but in this post social work, Governments will loose control over the information which they so dearly protect. But lets not get into politics of things, lets keep it simple.

Six to seven years ago if anyone would want to take his girlfriend out to a decent night dinner, he would have to rely on some traditional suggestions given by his friends to choose one. Today, Yelp is helping Americans find the restaurant for the evening and Zomato is doing the same job in India, and pretty cool job they are doing.

Two days ago, I bumped into a friend in a local watering hole, the place was a big one and in earlier days it would not be possible for us to meet, but that day we both had checked into Foursquare. We all are turning social, social is becoming part of who we are.

But this is not the first time humans have shared anything with each other, we did it all along. We already discussed the latest topic of discussion over a cup of coffee at the office local cooler. We used to discuss what happened during the day with our family over dinner. Those things changed as the relationships turned weak and electronic gadgets became the companions. Those were the days of texting, mobile phone and television.

The same social objects that were with us before social media now returned back. This time they were shared not with a bunch of people, but with everyone, everyone who subscribed to it. What had changed? This is a subscription based world, this time the social objects reached to anyone who was listening. Anyone who is listening.

We do not invest into a lot for social media, we invest in relationship. Facebook is leading the way in redefining relationships like never before. With the constant birthday reminders and life events reminders, now with Facebook Timeline and Friendship features. Still at this time, Facebook remains nascent with the complexity of relationships. No its not as easy as forming separate circles as designed by Google.

Understanding relationships is not as easy for a computer system as understood by our brain, yet Social Networks are reforging the relationships like never before. Tapping into them poses a great opportunity to corporation, no not up-selling opportunities to friends but understanding in detail about the customer.

In the end, the trick is not to trick the customer into buying things, it is to manufacture things, the customer actually will benefit from.

Can any corporation offer relationship as a service?